Btu per SQUARE FOOT? What the heck is EPA’s Flare Dilution Factor?

In the Refinery Sector Rule, EPA established an interesting parameter they named the “Net Heating Value Dilution Parameter” or NHVdil.  It is measured in Btu/ft2.  What? We are all familiar with the net heating value of gases which, volumetrically, are measured in Btu/ft3. That makes sense. But what exactly is Btu/ft2? There seems to be a lot of confusion about this parameter. So I thought I would try to clear things up by answering two questions… Where did it come from? and Does it really matter?

First of all, let’s clarify that only flares using what EPA calls “perimeter assist air” need to be concerned about NHVdil. What is perimeter assist air? Well… EPA’s assist air naming conventions are somewhat non-intuitive and confusing (and will be the subject of an upcoming blog post) but it’s a safe assumption that any air-assisted flare is affected and must maintain an NHVdil greater than 22 Btu/ft2 [40 CFR 63.670(f)]. This is in addition to the 270 Btu/ft3combustion zone net heating value (NHVcz) limit [40 CFR 63.670(e)] that applies to all flares. In the case of air flares though, NHVcz = NHVvg (Vent Gas Net Heating Value). I know, it’s confusing. The other flavor of assist air defined by EPA is called pre-mix air. For the purpose of this discussion I am completely ignoring pre-mix air. It is rarely found on flares and just needlessly complicates the discussion.

Why did EPA establish an additional limit for air-assisted flares? Isn’t the NHVcz limit adequate for air flares?

As It turns out, NHVcz works perfectly well for air flares – except for nine data points collected in 1985. More on this in a moment. Prior to the promulgation of the Refinery Sector Rule, the informal parameter for air flares was the stoichiometric ratio (SR). The results of the 2010 TCEQ air flare tests (70 data points) indicated that at an SR less than about 10, the flare had good combustion efficiency. And that makes sense. If the SR gets too high (too much excess air) eventually the flame is cooled and diluted to the point where combustion begins to decline. However, when you look at the nine data points EPA collected on air flares in 1985, the SR doesn’t seem to work. There are some charts further down that will show this.

IMPORTANT FACT TO KNOW ABOUT THE AIR FLARE IN THE 1985 EPA TEST… It had a 1.5-inch effective diameter. Barely more than a soda straw with a flame on top.

Size Does Matter… When It Comes to Flares 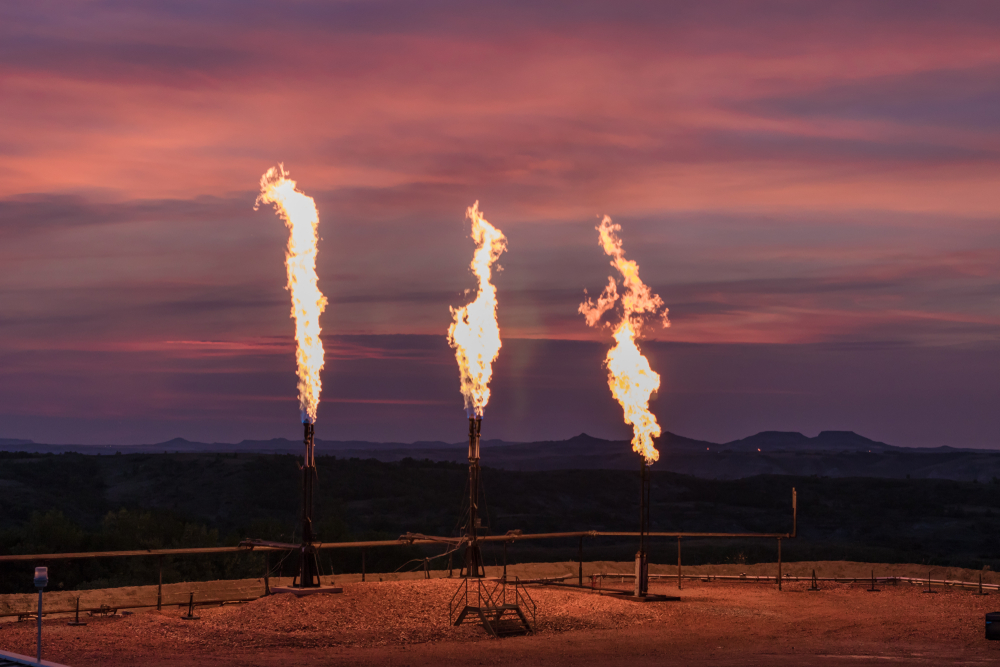 We know that other effects seen on tiny flarelets don’t scale up to industrial sized flares. Wind effects for example. Several Canadian studies on tiny flarelets in a wind tunnel, some no bigger than a few millimeters in diameter, indicated that wind can cause a condition on flares known as “wake dominated flow” resulting in a combustion efficiency decline.

In response to these test results, EPA considered a wind-based parameter in the Refinery Sector Rule proposal. Some early flare consent decrees incorporate a parameter called the “Momentum Flux Ratio” to address this. However, no evidence of a wind effect impacting combustion efficiency has ever been measured on a full-size flare. Fortunately, this concept was abandoned by EPA in the final rule. So is there a similar “scale up” issue impacting the 1985 air flare data? Hold that thought.

EPA concluded, and not without some logic, that flare diameter is a factor in assisted flare performance. They reasoned that on flares with small effective diameters, the assist-air will mix with the vent gas more rapidly than on larger diameter flares and potentially cause premature cooling and dilution which will affect combustion efficiency. Therefore, they concluded, flare diameter needs to be considered. Why not for steam-assisted flares? I don’t know. Stop asking hard questions.

To address this perceived issue, EPA came up with the NHVdil approach. You can look up the actual equation in the Refinery Sector Rule but I’m going to give you the simplified version. Here’s how you get a parameter in units of Btu/square foot.

That is, what volume fraction of the total material exiting the flare, vent gas and assist-gas, is vent gas. So…

In the unusual case where you are adding both steam and air, you would add the steam volume to the denominator as well. This is a unitless value. By EPA’s definition, vent gas includes supplemental gas, purge gas, and sweep gas.

Since DF is in units of feet and NHVvg is in units of Btu/cubic foot, the feet cancels one of the foots (I think that makes sense) and you are left with the somewhat improbable unit for NHVdil of Btu/square foot.

Another way to look at it is…

So does this NHVdil parameter actually work? Do we need a separate parameter for air flares? The chart below compares three air flare parameters – NHVdil, NHVcz, and stoichiometric ratio – and how each relates to flare combustion efficiency. The data are taken from the 2010 TCEQ flare test (70 points), EPA’s 1985 flare study (9 points), and more recent tests on air flare combustion efficiency (77 points). The EPA data points are shown as circles. The NHVcz data are calculated using assist air flow rate in place of the steam flow rate required in the EPA NHVcz equation.

Figure 1 shows all the data but it is not particularly informative since everything on the first two graphs is squished to the left. It does show the EPA 1985 data as outliers in both the NHVcz and stoich ratio graphs. Let’s zoom in for a closer look.

Figure 2 shows a zoomed in view including EPA’s “good combustion” line of 96.5% combustion efficiency (in red) and some parameter limits (in blue). Look very closely at the NHVdil and NHVcz graphs.The two graphs are identical (ignoring scale). The two parameters are completely interchangeable for all air flare data. This makes sense since NHVdil and NHVcz are both just scaled versions of NHVvg. NHVdil is just NHVvg scaled by vent gas to total gas ratio and diameter while NHVcz is just NHVvg scaled by assist gas to vent gas ratio. The effect of the diameter in the NHVdil equation is just to squash the data more as flare diameter decreases.

What about the stoich ratio?

This works very well for all the air flare data except… the 1985 EPA data. The EPA data shows good combustion only at sub-stoichiometric levels — 0.10, 0.23, and 0.45. Anything higher and combustion efficiency rapidly drops off. Does this make sense? I don’t know. Maybe some combustion savvy readers can weigh in on that one.

So the bottom line on NHVdil? It certainly makes sure that all those people operating 1- and 2-inch flares are effectively brought into the regulatory fold. My belief… from a practical standpoint, we could have gone with either NHVcz or the stoich ratio and it wouldn’t have made any real difference.

Here is a final question… Why are air flares required to meet BOTH NHVdil and NHVcz limits? The data shows that as long as NHVdil > 22 Btu/ft2, the flare is good. Requiring the flare also meet the 270 Btu/scf limit in many cases can be a significant penalty for air flare owners.

But that is a question for another blog…

If you, Loyal Reader, have any flare-related questions, or any other air-quality questions for that matter, let us know. We love answering reader questions.